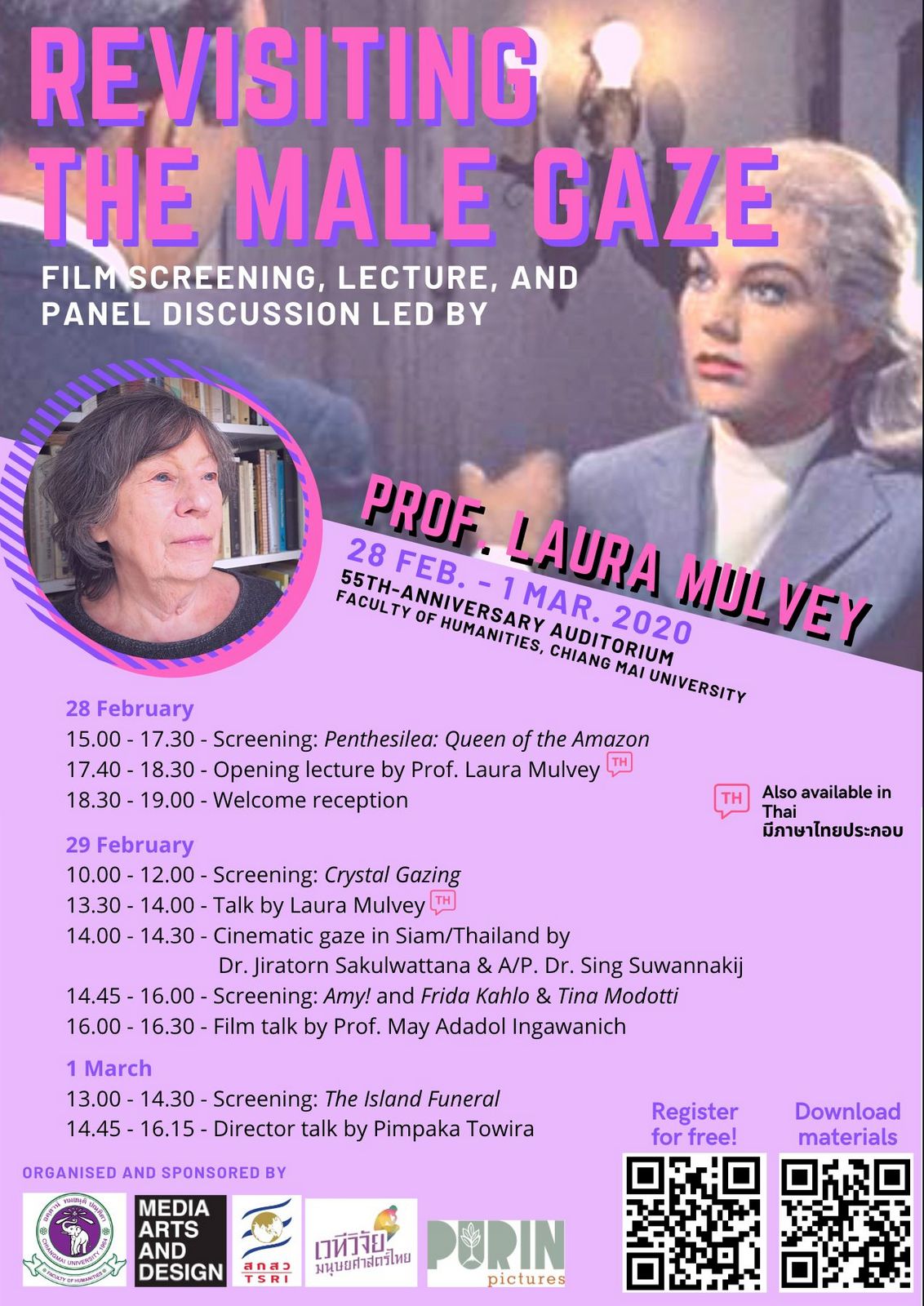 Laura Mulvey is one the film theorists whose works have unveiled patriarchal power in cinema. Her renowned concept the “male gaze,” which combines ideological and psychological analyses, explains how cinema works to create
a privileged position that justifies male power. Her concept has been used and applied in many academic areas. Mulvey also has another role as a filmmaker. In the past, she collaborated with Peter Wollen to produce many important films that take on the issue of the male gaze. Their films have also contributed greatly to academic and art circles. 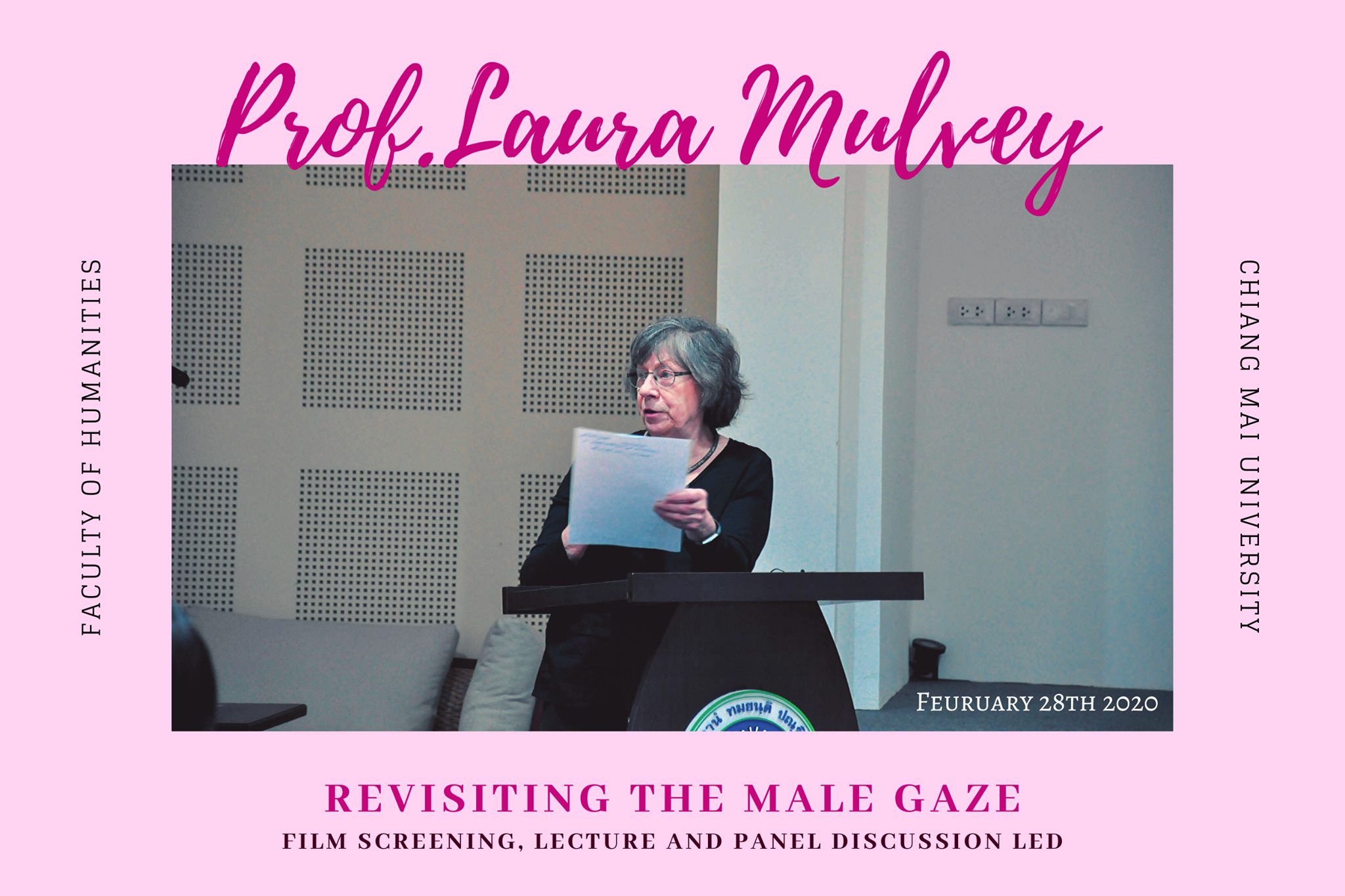 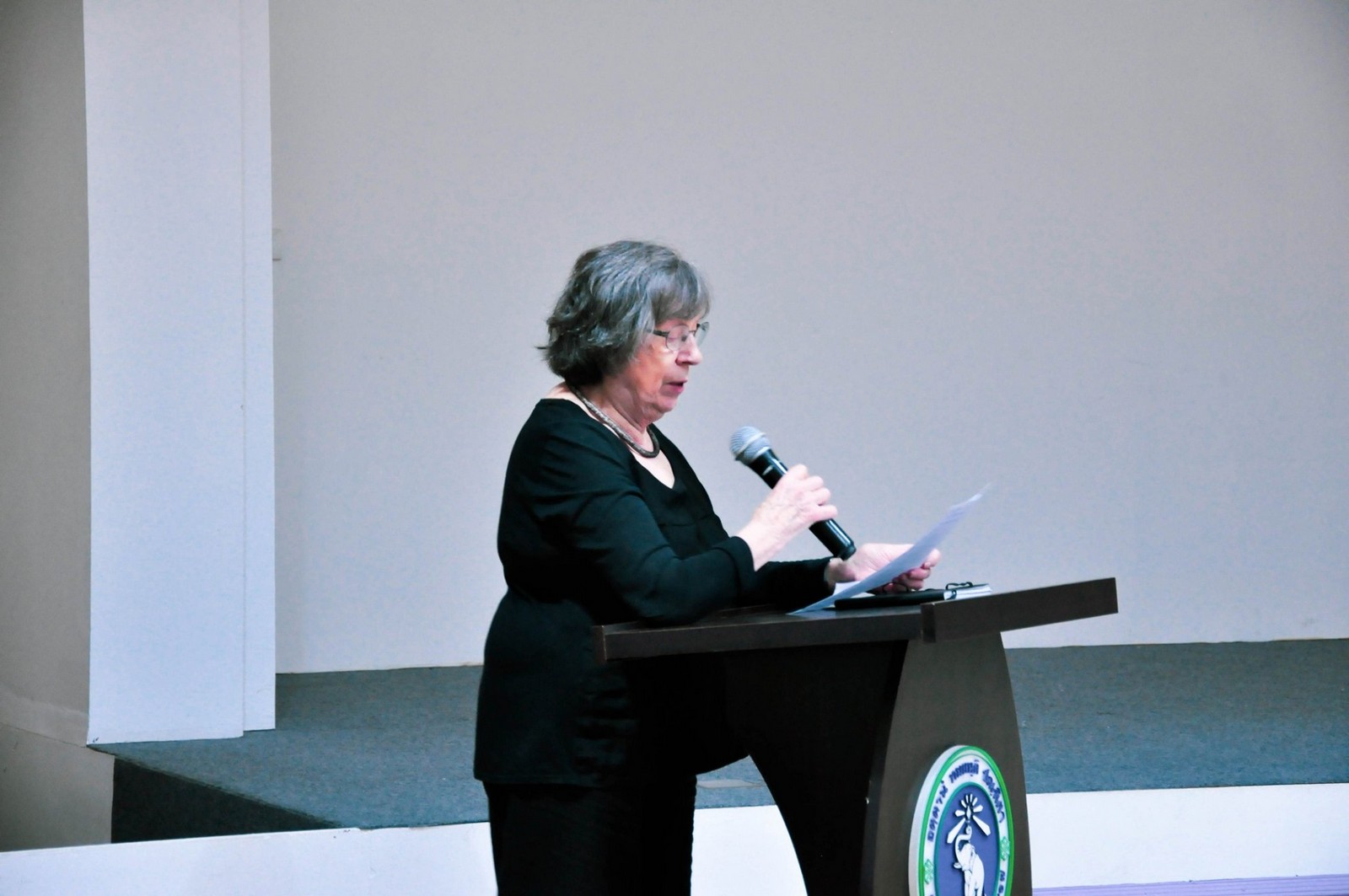 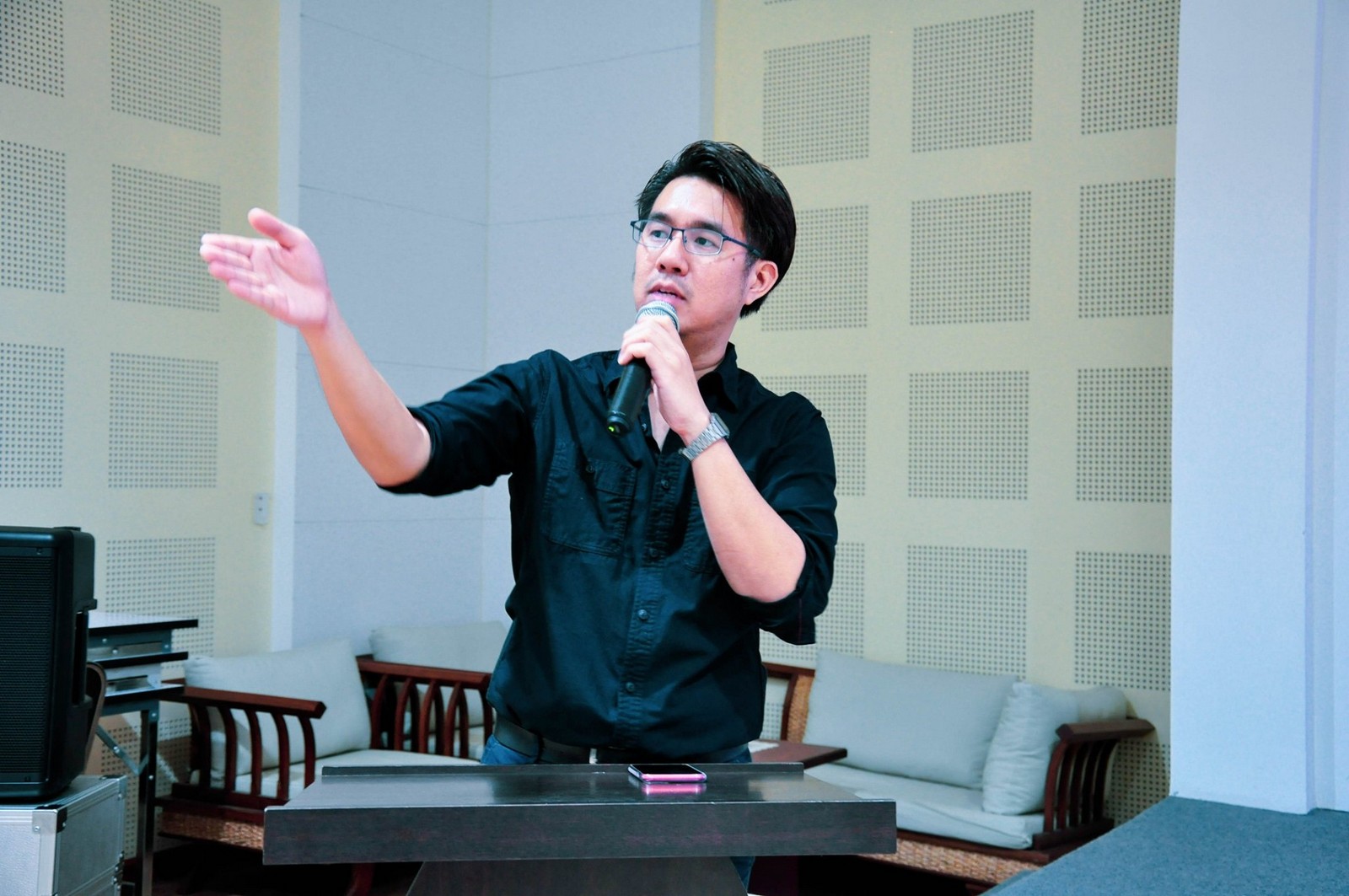 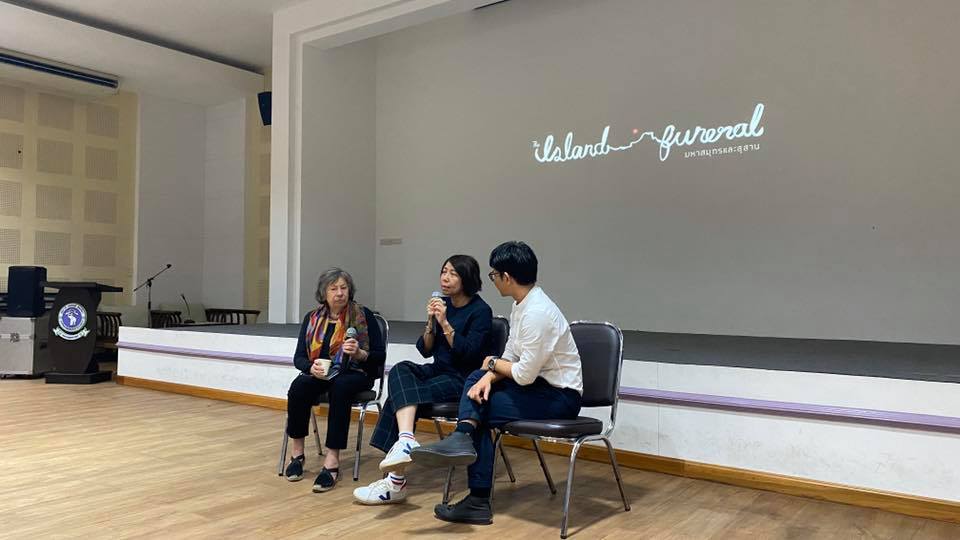 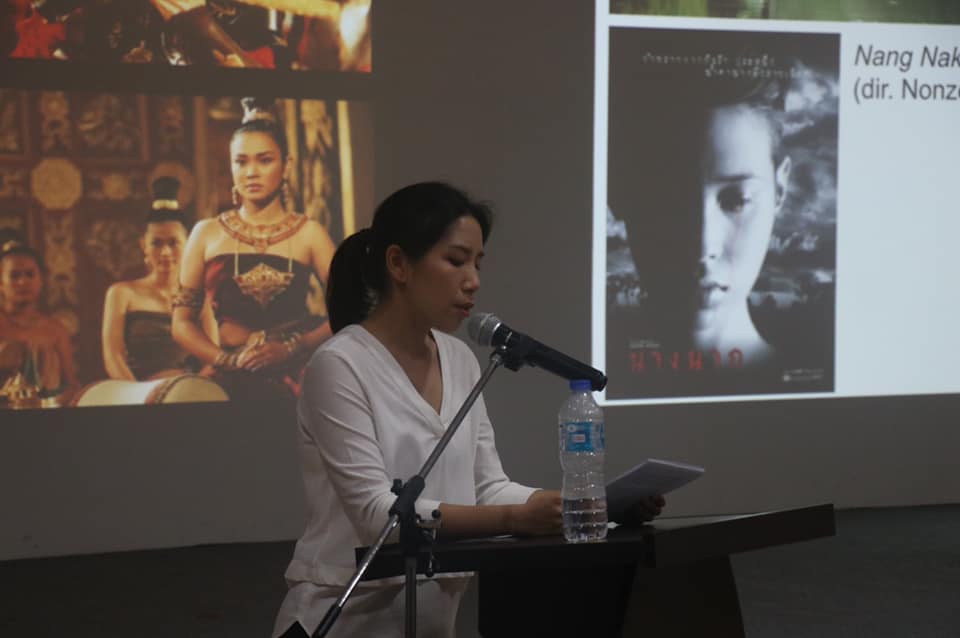 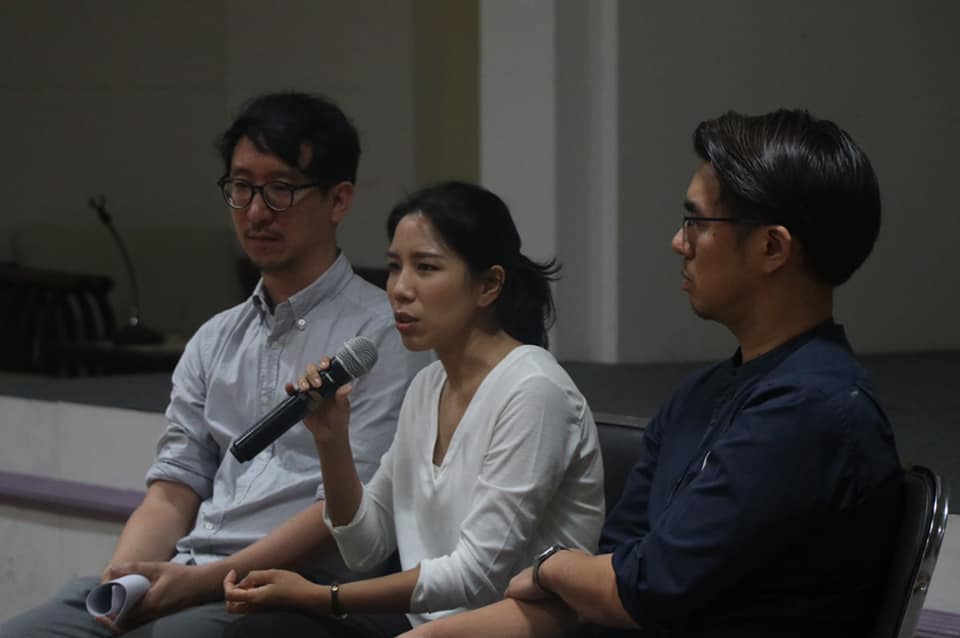 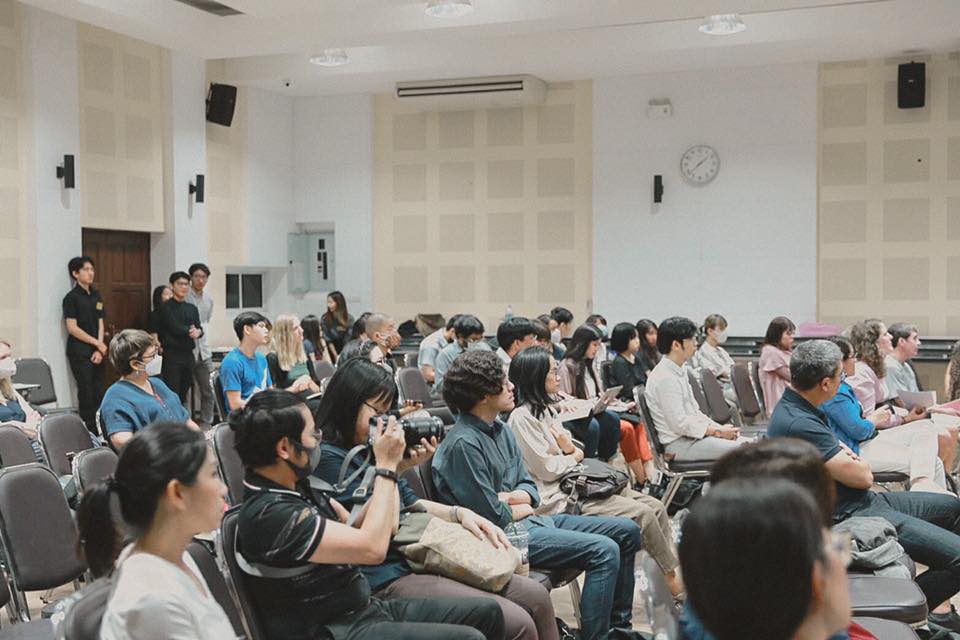 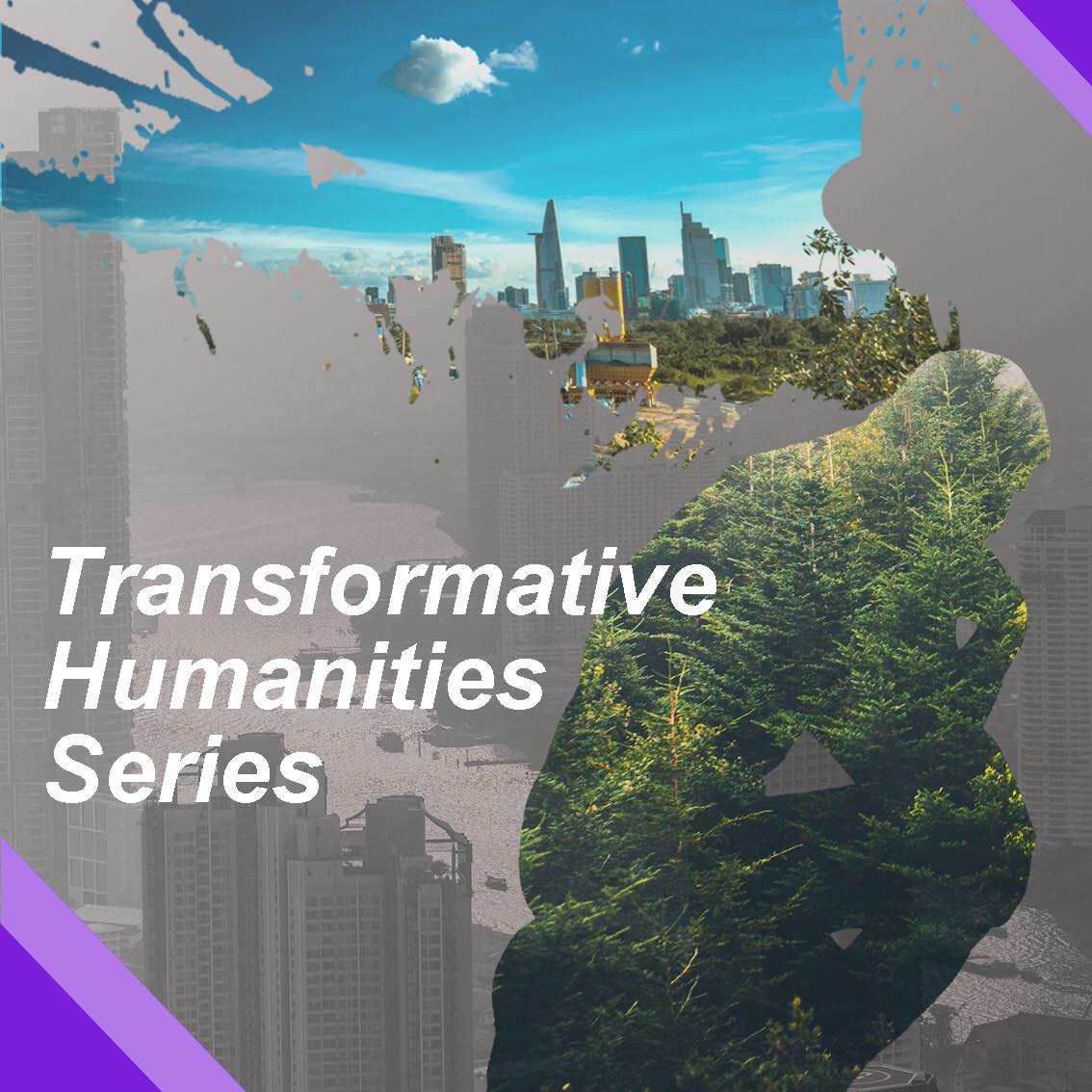 The Transformative Humanities Academic Series is a lecture and academic seminar series that brings together international scholars working in various fields in which their work engages with humanistic inquiries and knowledge production, to share their work with Chiang Mai University’s academic community. The series aims to inspire academics, students, and the general public to see the possibilities and technical values of humanistic studies in the time of our fast-developing techno-society. Click on the link to see the video conferences of speakers and their topics for 2021. 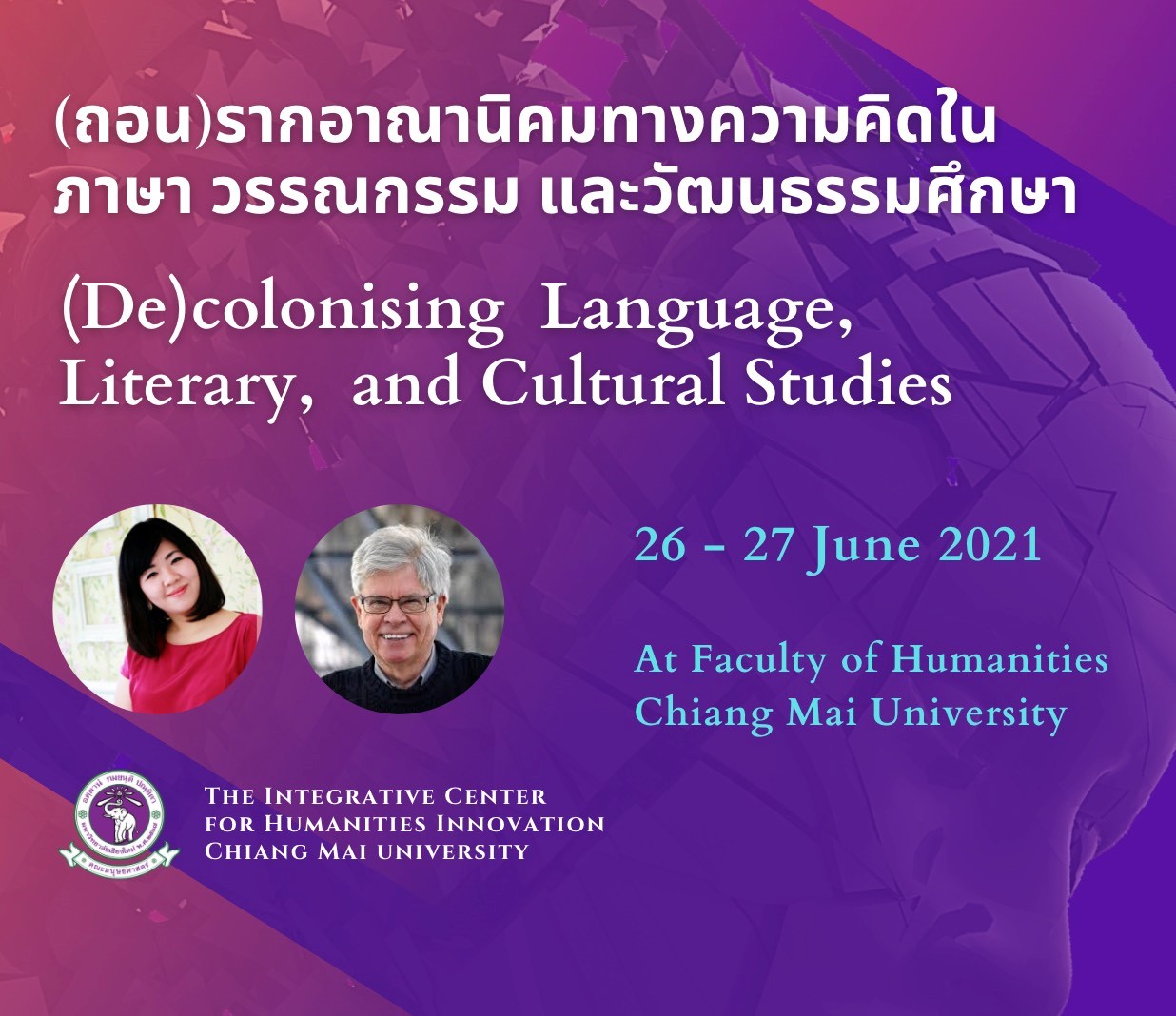 A Conference on "Decolonising Language, Literary, and Culture Studies"